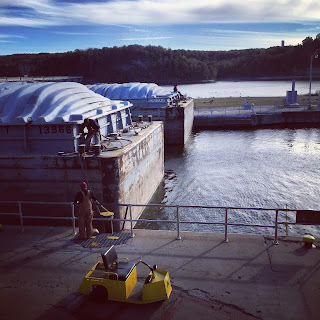 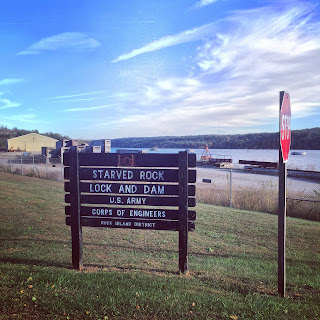 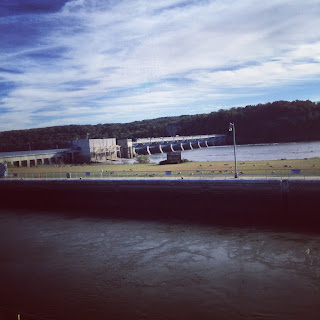 Starved Rock Lock and Dam, also known as Lock and Dam No. 6, is a lock and dam facility managed by the U.S. Army Corps of Engineers along the Illinois River. It is part of the Illinois Waterway and was constructed between 1926 and 1933. The Waterway was a project designed to provide a navigable channel from the Great Lakes to the Gulf of Mexico via the Mississippi River.Along the original Illinois Waterway, Starved Rock Lock and Dam is the southernmost facility. The lock and dam are located along the Illinois River near the north central Illinois village of Utica. The lock and dam is at river mile 231 just downstream from Plum Island.The facility is presently operated by the U.S. Army Corps of Engineers.