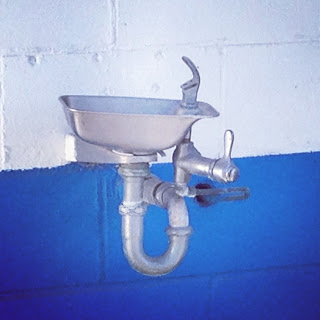 The City of Flint, Michigan declared a public health emergency in October of 2015 after confirming dangerous levels of lead in the city's water supply.The road to poison water in Flint is a lengthy story of  poor city management, bad economics, bad infrastructure, bad pipes, bad decisions and intentional deception. The quick of it: the City of Flint stopped buying water from Detroit and began using water from the Flint River. The city assured residents the water was safe. From the get go the water tasted and smelled bad leading residents to demand reassurance of clean safe water. Testing of the water followed.  Documents now show the City of Flint filed false reports with the EPA about testing for lead in the water. There are now documented cases of children in Flint, Michigan with elevated levels of lead.  There is no such thing as a safe blood level of lead in children.


Posted by My Your Our Water~~~ Erin V. Sotak