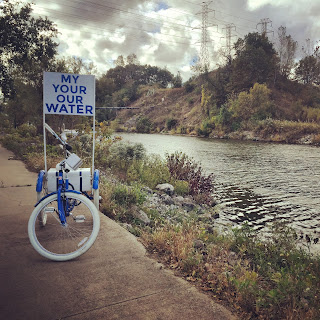 The Calumet River  most often refers to a system of heavily industrialized rivers and canals in the region between the neighborhood of South Chicago in Chicago, Illinois, and the city of Gary, Indiana. Industrial development in the Calumet River area began around the 1870s, and by 1890 the West reach of the Grand Calumet River was heavily polluted with the waste of steel mills, foundries, a meat packing plant, and glue and cornstarch factoriesIn September 2008, areas of Lake and Porter County, Indiana, were declared national disaster areas when the Little Calumet River breached its levee.