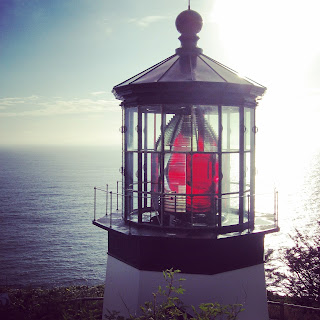 The Umpqua River  is on the Pacific coast of Oregon and is approximately 111 miles. The first Umpqua River Light was built in 1855 and lit in 1857. Built along the river channel, the original light was vulnerable to seasonal flooding. This led to yearly erosion of the sand embankment of the light. In October 1863, the building's foundations had become too unstable and the structure soon collapsed. Construction started on the new light in 1892, and it was first lit in 1894.


This image was submitted by Quinn S.