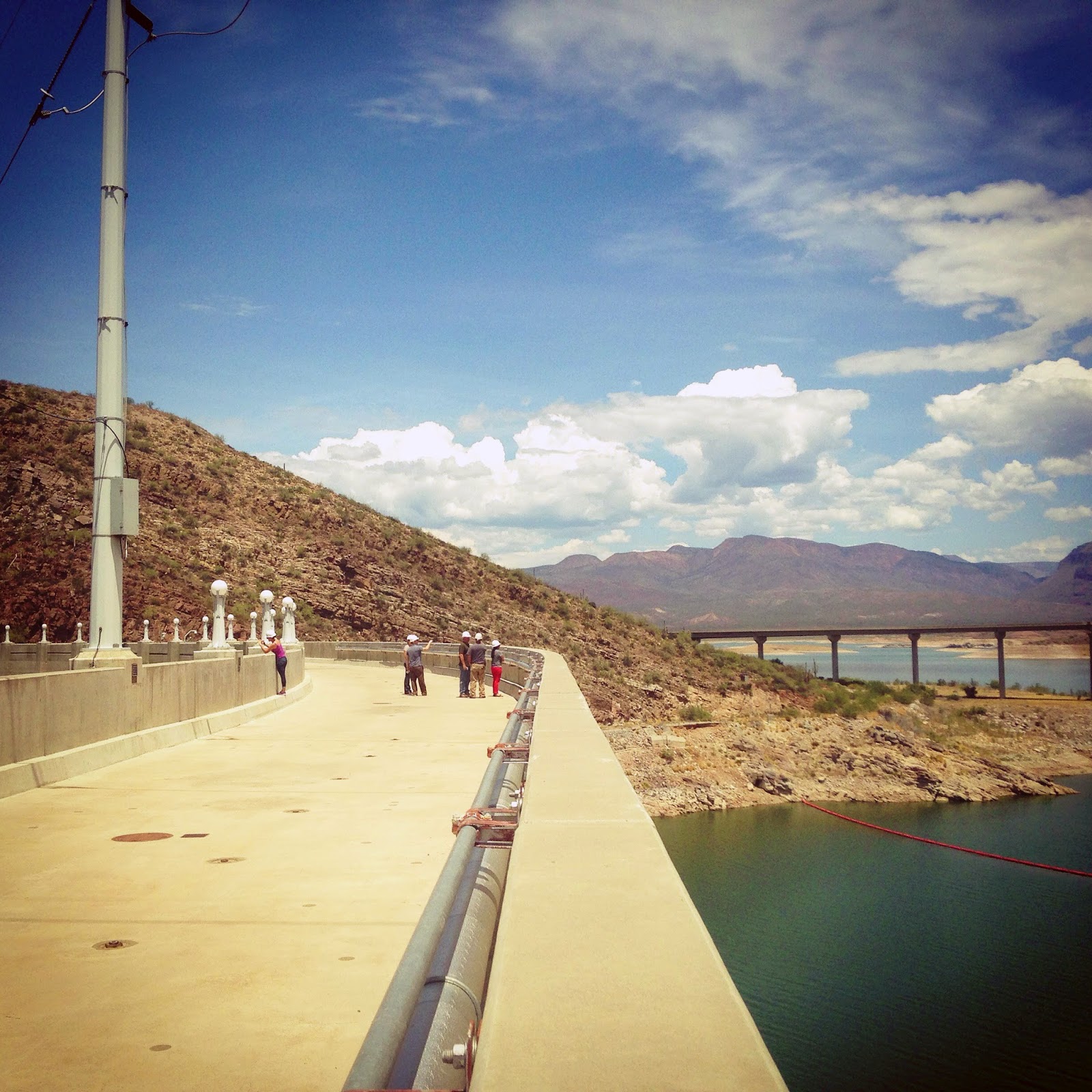 The construction of the dam was initially completed in 1911 at the cost of $10 million with a National Historic Landmark designation to follow. It was the largest masonry dam at 280 ft high and 723 feet in length. In its' original state, the top of the dam served as a convenient and practical bridge across the newly formed lake.

Between 1989-1996 Roosevelt Dam went under a massive renovation and expansion. The masonry dam was incased in concrete and raised by 77 feet making it a grand 357 feet in height thereby increasing the storage capacity of the reservoir by 20%. The renovations also included, rehabilitation of the hydroelectric plant, a realignment of Highway 188 to cross over the newly built Theodore Roosevelt Lake Bridge, and a tunneling project known as the "Lake Tap".

Shortly after completion of the project the region entered an extended drought. The new storage capacity was not used at 100%  until February 2009.