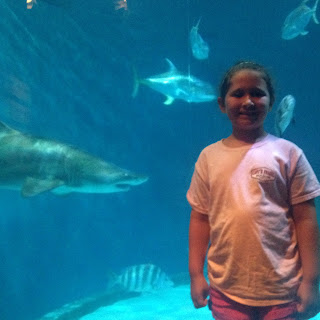 Once upon a time sharks were referred to as sea dogs by mariners. There are believed to be over 400 different species of shark swimming in the world's water bodies. Sharks primarily live in salt water but bull sharks and river sharks can live in freshwater. The smallest known shark is the dwarf lantern shark and the largest is the whale shark growing upwards of 60 ft in length. Approximately 100 million sharks are killed  a year.

This image was sent in by Sophia E. from the Outer Banks of North Carolina.